The Hidden Costs of Streaming Music

In his recent book, “Decomposed,” Kyle Devine drives home the point that there is no such thing as a nonmaterial way of listening to music.

Listening to music on the Internet feels clean, efficient, environmentally virtuous. Instead of accumulating heaps of vinyl or plastic, we unpocket our sleek devices and pluck tunes from the ether. Music has, it seems, been freed from the grubby realm of things. Kyle Devine, in his recent book, “Decomposed: The Political Ecology of Music,” thoroughly dismantles that seductive illusion. Like everything we do on the Internet, streaming and downloading music requires a steady surge of energy. Devine writes, “The environmental cost of music is now greater than at any time during recorded music’s previous eras.” He supports that claim with a chart of his own devising, using data culled from various sources, which suggests that, in 2016, streaming and downloading music generated around a hundred and ninety-four million kilograms of greenhouse-gas emissions—some forty million more than the emissions associated with all music formats in 2000. Given the unprecedented reliance on streaming media during the coronavirus pandemic, the figure for 2020 will probably be even greater.

The ostensibly frictionless nature of online listening has other hidden or overlooked costs. Exploitative regimes of labor enable the production of smartphone and computer components. Conditions at Foxconn factories in China have long been notorious; recent reports suggest that the brutally abused Uighur minority has been pressed into the production of Apple devices. Child laborers are involved in the mining of cobalt, which is used in iPhone batteries. Spotify, the dominant streaming service, needs huge quantities of energy to power its servers. No less problematic are the streaming services’ own exploitative practices, including their notoriously stingy royalty payments to working musicians. Not long ago, Daniel Ek, Spotify’s C.E.O., announced, “The artists today that are making it realize that it’s about creating a continuous engagement with their fans.” In other words, to make a living as a musician, you need to claw desperately for attention at every waking hour.

Devine’s findings may, at first glance, provoke a helpless shrug. Every field of human endeavor entails some form of environmental destruction, and the music industry is perhaps no worse than any other. A sour critic might point out that printing a book about the political ecology of music makes its own contribution to the despoliation of the planet. But Devine isn’t interested in inducing guilt; he simply wants us to become more aware of the materiality of music. He writes, “There is a highly intoxicating form of mystification at work in the ideology of musical culture more generally.” As a result, music is “seen as a special pursuit that somehow transcends the conditions of its production.” Devine’s critical history of recording formats throws a necessary wrench into that mythology of musical purity.

When Devine goes back to the beginnings of the recording industry, he notes how often the innovations of Thomas Edison, Emile Berliner, and others were tied up in the science and business of chemicals. Edison experimented with wax, celluloid, and phenolic resin, in the process becoming an early leader in the manufacturing of synthetic plastic. Berliner favored shellac, which depended on a resin produced by the Asian lac beetle. Shellac was the dominant format until the advent of vinyl, in the mid-twentieth century. The harvesting of lac, in India, involved horrible conditions for laborers, although the material itself was biodegradable and therefore less environmentally troublesome than the plastic formats that followed.

Polyvinyl chloride, from which vinyl records are made, is produced from the hydrocarbon ethylene. It is a petrochemical—and indivisible from the baleful behemoth of the oil industry. The physical hardiness of the material has added to the quasi-spiritual aura surrounding the long-playing record: decades-old vinyl records can still produce a rich, evocative sound. But the same hardiness means that vinyl is exceptionally difficult to dispose of, once its usefulness is at an end. Often, it winds up buried in landfills. Devine naturally does not overlook the irony attendant on the much bruited vinyl revival: progressive-minded hipsters who fetishize vinyl are widening their carbon footprint in ways they may not realize.

When the compact disk entered circulation, in the nineteen-eighties, audio snobs attacked it as a degradation of listening culture—a descent from soulful analog sound to soulless digital. In environmental terms, however, the CD turned out to be somewhat less deleterious. Devine observes that polycarbonate, the medium’s principal ingredient, is not as toxic as polyvinyl chloride. Early on, the widespread use of polystyrene for CD packaging wiped out that advantage, but a turn toward recyclable materials in recent years has made the lowly CD perhaps the least environmentally harmful format on the market.

In a chapter on the digital and streaming era, Devine drives home the point that there is no such thing as a nonmaterial way of listening to music: “The so-called cloud is a definitely material and mainly hardwired network of fiber-optic cables, servers, routers, and the like.” This concealment of industrial reality, behind a phantasmagoria of virtuality, is a sleight of hand typical of Big Tech, with its genius for persuading consumers never to wonder how transactions have become so shimmeringly effortless. In much the same way, it has convinced us not to think too hard about the regime of mass surveillance on which the economics of the industry rests. Spotify’s inability to become consistently profitable tends not to bother investors, who see vast potential in the company’s hoard of personal data. The musicologist Eric Drott fills in more of that chilling picture in a recent Journal of the Society for American Music article, titled “Music as a Technology of Surveillance.” According to Drott, Spotify’s head of programmatic solutions once boasted, “We not only know what our users are listening to, we also know their personal activities as well,” and gave showering as an example. The company registers “550,000 shower streams per day.”

Even as new formats come to the fore, old ones cling to life, often in conjunction with nostalgia or longing for an idealized past. The compact disk remains the bedrock of many people’s collections, mine included. The vinyl revival proceeds apace, and a cassette revival is underway. Perhaps we’ll see a shellac revival, or even a wax-cylinder revival. The problem is that the accumulated glut of technologies and formats only increases the environmental stress that our demand for maximal musical variety imposes.

At the end of “Decomposed,” Devine incorporates his ecology of music into a more comprehensive vision of anthropogenic crisis. “Musically, we may need to question our expectations of infinite access and infinite storage,” he writes. Our demand that all of musical history should be available at the touch of a finger has become gluttonous. It may seem a harmless form of consumer desire, but it leaves real scars on the face of the Earth.

Devine holds out hope for a shift in consciousness, similar to the one that has taken place in our relationship with food. When we listen to music, we may ask ourselves: Under what conditions was a particular recording made? How equitable is the process by which it has reached us? Who is being paid? How are they being treated? And—most pressing—how much music do we really need? Perhaps, if we have less of it, it may matter to us more.
“Alles is te zwaar, omdat alles te licht is” - Paul Celan
Omhoog

Neem een abonnement. Betaal voor muziek.
"By Grabthar's hammer, by the suns of Warvan, you shall be avenged!"

Goed zo. In dat geval +1
"By Grabthar's hammer, by the suns of Warvan, you shall be avenged!" 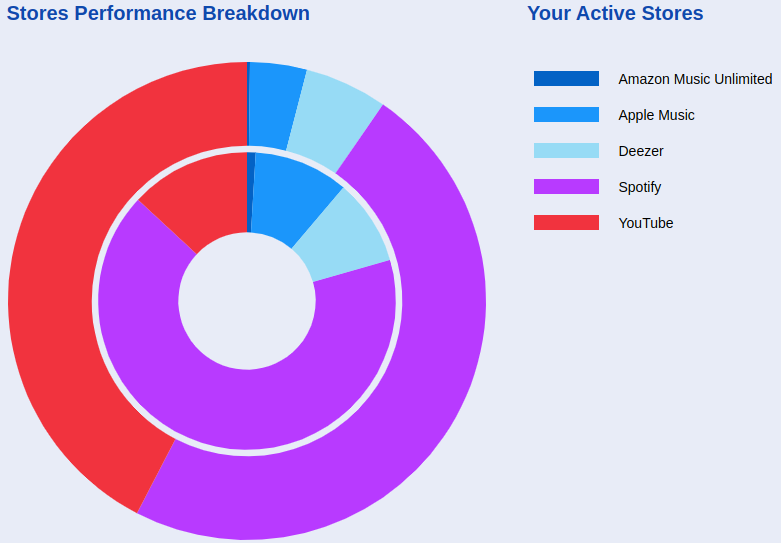 The Devil’s Blood twice a day, keeps the dourness at bay 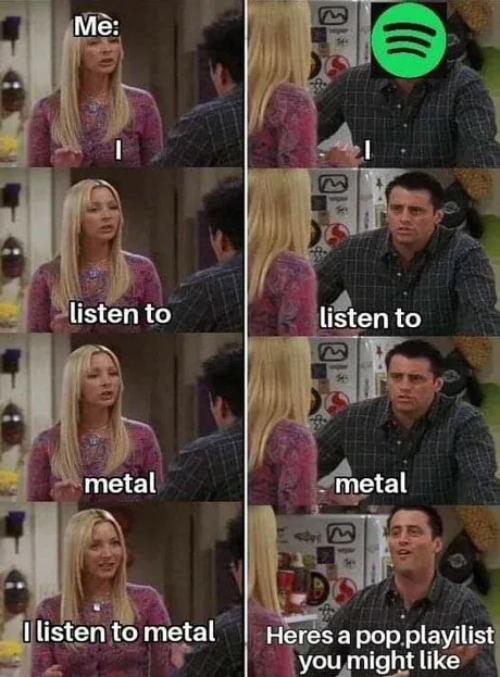 Swiss Woman Doctor: You killed him.
Herbert West: No, I did not. I gave him life.
Omhoog