BLABBERMOUTH.NET can reveal the track listing and artwork for the forthcoming TYPE O NEGATIVE album, entitled "Dead Again". The follow-up to 2003's "Life Is Killing Me" will include a guest appearance by LYCIA vocalist Tara VanFlower (MySpace page) and is scheduled for release on the following dates:

As previously reported, TYPE O NEGATIVE will play on January 21 at the House of Blues in Anaheim, CA. They will also perform at a private show on January 20 as part of NAMM. There are no other confirmed public dates at this time.

The DVD version of TYPE O NEGATIVE's first home video release, "After Dark" — which features six of the band's promotional videos, intercut with interviews and funny behind-the-scenes goings-on — was recently certified gold in the United States by the Recording Industry Association of America.

TYPE O NEGATIVE, whose first LP, "Slow, Deep and Hard", was issued in 1991, fulfilled their contractual obligations to longtime label Roadrunner with the release of 2003's "Life Is Killing Me". That album debuted on The Billboard 200 chart at No. 39 in June 2003 after registering a first-week sales tally of 27,000 copies. TYPE O NEGATIVE's best-selling album to date is 1994's "Bloody Kisses", which has shifted around a million copies in the U.S.

Shes crazy like a fool
What about it daddy cool

..it's all just a togetherwalk of circumstances...
Omhoog

voice over editie?
Open the door jehovah you whore!
Omhoog 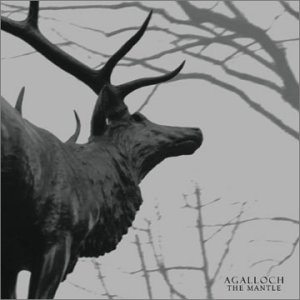 http://www.typeonegative.net/
[i]I have to say l was immensely proud of Maiden. Their heads never dropped, instead they went on the offensive[/i]
Omhoog

Kut, waar is de fles...?
Perhaps you should try the morgue


Wiping my ass and finding no shit on the toilet paper is equal to a flawless victory in Mortal kombat.
Omhoog

Type O Negative roept door de muzikale diversiteit ook verschillende emoties bij me op. Ik kan er droevig, om niet te zeggen depressief, van worden maar eveneens weet het me te amuseren en vervolgens weer in een romantische/hedonistische bui verzeilt te raken.
[i]Thorns and shroud like it's the coming of the Lord
And I swear to you that I would never feed you pain
But you're staring at me like I'm driving the nails
In your Jesus Christ pose... [/i]
Omhoog