"By Grabthar's hammer, by the suns of Warvan, you shall be avenged!"


Norwegian psychedelic post-black metal band ENSLAVED will release its new album, "Axioma Ethica Odini", in Europe on September 27 and in North America on September 28. The CD's cover artwork was created by the Norwegian artist Truls Espedal, who has painted every ENSLAVED album cover since 2001's "Monumension".

Commented ENSLAVED bassist/vocalist Grutle Kjellson: “On every new album cover, me and [rhythm guitarist/songwriter] Ivar [Bjørnson] come up with the idea of what the cover art shall include in terms of elements, symbolism and so forth. After that, we contact Truls and tell him about our ideas for the cover art. Then we arrange a meeting where we sit down for a couple of hours making sketches. Truls also has the opportunity to come up with his own ideas of how we can transform our original ideas the best possible way. He has made a masterpiece this time as well! The cover art is simply amazing! Amazing…"

Added Espedal: "I'm always excited about working with ENSLAVED, which is the reason I feel that too much time goes by between releases — ha, ha! But once again I sat down with Ivar and Grutle, and their ideas were more complex and interesting than ever. Also, their expectations and confidence that I'm able to come up with something better than before pushes me to set the bar even higher. This time around, we set out to expand further what we have done on earlier works: mixing the figurative paintings with the 'symbolic' design even more. By doing this, I feel that we are able to convey a lot more atmosphere, story, and a visually more interesting cover throughout. Hopefully other people will think the same. Good times."

ENSLAVED's eleventh studio album was recorded at three different studios in Bergen, Norway: 1) Duper; 2) Earshot (belonging to ENSLAVED members Herbrand Larsen [keyboardist/backing vocalist] and Ice Dale [lead guitarist]); and 3) Peersonal Sound (owned by rhythm guitarist/songwriter Ivar Bjørnson). It is the follow-up to 2008's "Vertebrae", which sold over 1,100 copies its first week of release in North America and debuted on the American Billboard Hard Music chart at #11 and on the Billboard Heatseekers chart at #49. In ENSLAVED's native country, "Vertebrae" entered the official chart at #20 and earned the band its third consecutive Spellemann award (the largest and oldest Norwegian music awards show, which is often referred to as the country's equivalent to the American Grammy Awards). "Vertebrae" also won Terrorizer magazine's coveted "Album of the Year" award for 2008.

ENSLAVED will embark on the "Circling Above and Within Tour" of Europe in October.

Exact, stelt nooit teleur de laatste jaren.
"By Grabthar's hammer, by the suns of Warvan, you shall be avenged!" 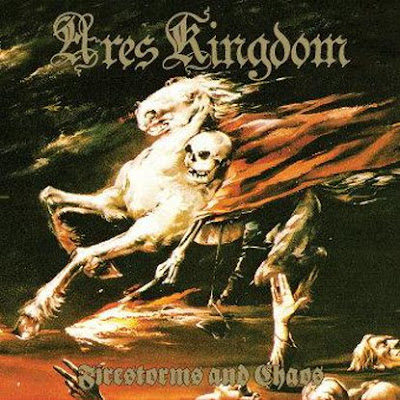 Oden Will Bring Us Home When We Die!

Isa en Ruun. Die vind ik persoonlijk nog iets beter.
I know it’s cold, but I will keep us warm with all the hate I radiate. We’ll be walking hand in hand in hell.
Omhoog

Voeg Below The Light en Vertebrae daar ook maar aan toe!
It was a business doing pleasure with you.
Omhoog